A Bit About Us -
The Kechi Playhouse opened June 16, 1983 with a production of The Fantasticks. Since then, 139 productions have graced our small stage, utilizing the talents of 422 local actors. Our 28th season opens June 3rd, and once again the season will run a show a month for five months. Auditions for the first two shows will be in April, with other auditions following throughout the summer. We hope to see you there!

owner and director of the Playhouse, is contributing editor for this space. 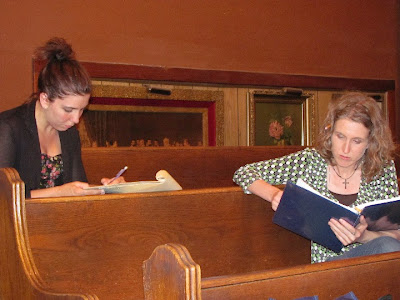 The first auditions of the 2013 season will be held Monday and Tuesday, April 15 and 16 starting at 7 pm at the Kechi Playhouse located at North Oliver and 61st Street.


Needed are actors for the first two shows ~

You Take the Cake, which will rehearse in May and run June 6 to June 30th.  This original comedy is set in a bakery during prohibition. There are parts for two gangsters,  two lovable vagrants, a cop and a crazy would-be-actress who bakes cakes,                AND 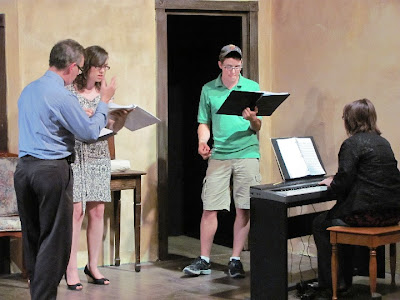 The Importance
of Being Earnest
which rehearses in June and runs July 4 - 28.
Parts for 4 women – a stern mother, two air-headed young ladies, and a governess, and 5 men –  a  reverend, two butlers, and two young men in search of  romance.

Reading material will be provided.
Auditions for the August, September, and October shows will be held later in the summer
Posted by A Bit About Us - at 12:44 AM